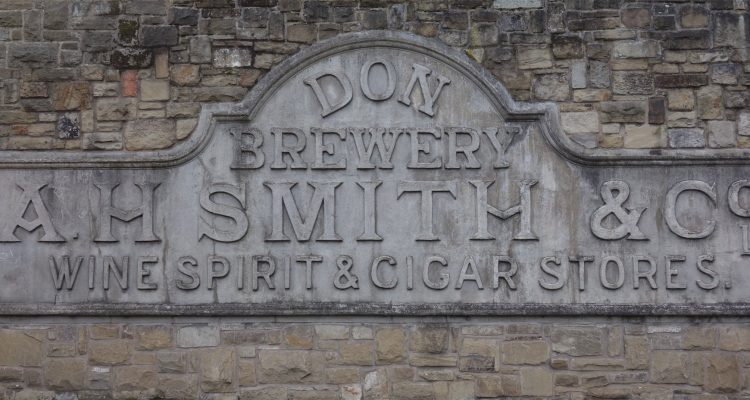 An Imaginary Conversation with my Great-Great-Grandfather

Having recently discovered the secret to mind-travelling back through time, I’ve journeyed to Sheffield to have an imaginary conversation with my great-great-grandfather.

Today is Sunday, 2 April 1871 and I’m sitting in the kitchen at the Don Brewery Yard House in Sheffield with John Blanchard Savage and his wife, Elizabeth. The house is located at the junction of Penistone Road and Infirmary Road, near Henry street and the Don River.

I arrived yesterday, just two days before the enumerators would collect the census schedules for the 1871 census. The local Registrar had published a letter in the Saturday Sheffield Daily Telegraph, encouraging the poorer classes to fill in the names, ages and trades of their household members. There had been suspicion amongst the working class poor that the information collected would be used by the government to collect more taxes. The letter in the newspaper assured readers that the information would only be used by the Registrar General for determining the exact population of Great Britain.

Today, my great-great grandfather is sitting at the kitchen table, filling out the form so it is ready for tomorrow but he is still skeptical about whether the government will use the information against him somehow. We look at the form together as we share a cup of tea.

Tell me a little bit about your family Grandpa JB.

Well, you’ve already met me and your Grandma Lizzie. We will have been married 18 years the end of this year on December 28th. We have five boys who you will meet later. I guess they would be your great grand uncles. Our oldest is Fred. He is 15 years old now and out working at a confectioner’s shop. The others are John Jr, aged 13; George, aged 8; Tom, aged 6 and our youngest, William Henry who is 3.

Have you always lived in Sheffield?

No, I originally came from Bennetland, a small hamlet in the parish of Eastrington in the East Riding of Yorkshire. There were only about 200 people living there and it was about four miles to the east of Howden. My parents were William and Mary. I was their youngest child and was born in 1832. I had five sisters and one brother.

What did your father do for a living?

My parents ran an Inn called the Sun and Punch Bowl that we leased from Dr. Rocliffe, although this was mostly my mother’s domain. My father was primarily a horse dealer and he leased several small holdings. There was Mary Oastler’s Close, which was over an acre of grassland that was owned by David Barker. And there was just over 8 acres of grass and arable land on the North Moor he had from Arthur Shore. There was also over 10 acres of arable land that he leased from Alice Thornton.

Sounds ideal. Why did you leave?

My father was ill throughout my childhood, always having trouble with his chest, and he died when I was seventeen. That was in the fall of 1849. My mom went to live with my oldest sister, Mary Hatfield. By then John and Mary had four children so there wasn’t a lot of room there so I struck out on my own.

That must have been difficult to lose your father at such a young age. What did you do?

Where did you and Grandma Lizzie meet?

Elizabeth was from Bramham, which was 3 miles from Tadcaster and I had found work at the Bramham Park estate.

Elizabeth lost her father at an early age and then it just seemed like there was one tragedy after another in her family. She lost her brother Thomas just after her father and then shortly after that, her sister Sarah died. After that, her brother James who had gone off to work in Bardsey, died. In 1850, her sister Mary died, leaving her new husband James Wyre with their infant son George to look after. Then in the year before we married, Elizabeth’s mother passed away, her sister Jane died and her sister Martha married and moved to Leeds.

Where did you marry?

We were married at St. Luke’s, the parish church at Clifford after banns on 28 December 1853. Elizabeth’s brother George and her sister Anne were our witnesses.

And your first child?

William was born in Clifford just a couple of months after we were married but he died near Rotherham when he was only four years old.

Losing a child must have been devastating. I can’t even imagine. So, you have five boys living at home now. Are these all your children?

No, we had a girl, Ann, between George and Thomas. She was killed by a dray in the street when she was two years old, back in July 1866 it was.

How awful! What happened?

It was just after supper one night. She was crossing the street near our house and one of Messrs. Pickford and Co.’s drays, driven by Thomas Nelsey, was passing. He didn’t see wee Ann, and she was knocked down by the horse. Two of the wheels of his dram ran over her. He pulled up immediately, of course, but it was too late. She was gone. It was just one of those things. He wasn’t driving fast but she just darted out in front of him. He had a daughter the same age, also named Ann, and he was really shaken by it all.

Yes, her death broke our hearts. We haven’t been the same since.

How do you mean?

Working in the brewery, I’ve always been a bit of a drinker but since we lost Ann, I find myself drunk all the time and it isn’t much of a secret that I’ve been in trouble over it.

A couple of years ago, I was charged with ill treating my horse by working it too hard and was fined 10 shillings. I was drunk at the time and my judgement was impaired.

Was that your only brush with the law?

No, it wasn’t just that time. In fact, just a couple of months ago, I had too much to drink and fell asleep while driving my cart. Mason, the copper, found me in Greenhill, with the horses and cart standing across the road. I was passed out drunk at the time. I just don’t know how to stop the drinking and it is affecting my job.

Were you fined for that too?

That case hasn’t even come to trial yet but I expect I will be. I was passed out drunk and my horses were across the road. Not much I can say about that. Of course your Grandma Lizzie has had quite a bit to say about it.

So what do you think about the licensing act that the government is trying to pass?

Like all the working men in Sheffield, I’m against it. What right does the government have to say when the pub has to close? That should be up to the owners. Mark my words, there will be riots in the street if they pass these laws.

I notice that there are also clauses that prohibit being drunk in a public place and their are some hefty fines or imprisonment if a man is found to be drunk while in charge of a carriage, or horse.

Then I guess I’m lucky that the law wasn’t in place when I got arrested that day in Greenhill.

I look up and notice that the day has grown late. The tea is gone and the census form is complete and it is time to take my leave.

Although my mind-travelling exercises are fictional, by fantasizing conversations with my ancestors, I’m able, for a brief time to imagine myself at their kitchen table, asking them about their lives and hearing their stories. I like to think it helps me understand them better.

Two years after our imaginary conversation, my great-great-grandmother Lizzie gave birth to their youngest child James. He lived less than a day, dying of convulsions.

Over the course of the next few years, Elizabeth Savage worked as a charwoman. She was fined several times for keeping the younger boys out of school but no doubt needed any money they could make to run the household. Elizabeth died at the age of 64 on 27 December 1899 when she lost consciousness due to a drop in blood pressure during colic attack brought on by gallstones.