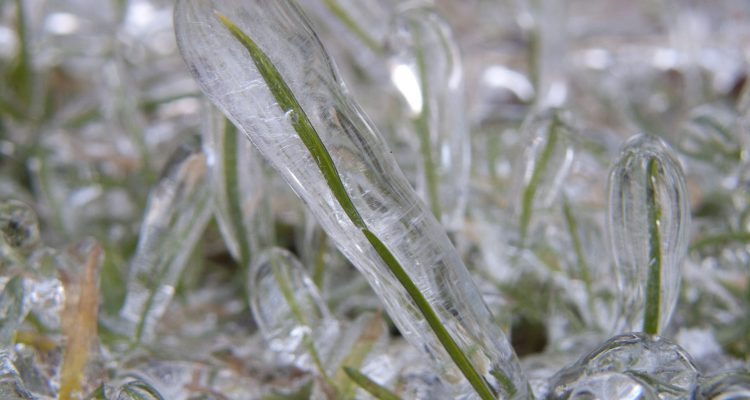 Eighteen Hundred and Froze To Death

The summer of 1816 has been called ‘the summer that never was’, ‘the poverty year’ and ‘eighteen hundred and froze to death’. Temperatures that year fell around the world causing massive crop failures, killing livestock and creating calamitous food shortages. The unprecedented cold and violent storms were, many experts now agree, caused by severe volcanic activity in Indonesia in 1815 and the resulting ash and dust high in the atmosphere that blocked the sun, reducing solar radiation and lowering temperatures around the globe. 1“How Volcanoes Work – Volcano Climate Effects.” San Diego State University, The Department of Geological Sciences. Accessed October 16, 2015.

After centuries of quiet, Mount Tambora began a slow awakening, rumbling ominously, clouds of steam and ash rising into the sky. At more than 13,000 feet, the volcano that had been dormant for centuries formed a peninsula on the north end of Sumbawa Island east of Java in what is now Indonesia.

Then, on the evening of 5 April 1815, Mount Tambora began to erupt in a series of explosions that were heard hundreds of miles away. A volcanic column shot over 15 miles up into the sky and then fell to earth in a flow of ash, pumice and debris, killing some 10,000 people. When the flow reached the ocean, the displaced water formed a tsunami reaching sixteen feet that rushed from Sumbawa towards the nearby Indonesian islands, sweeping away everything and everyone in its path.

A mile-wide section of the mountain fell away leaving a giant crater four miles wide and over 3,600 feet deep. An estimated 25 to 35 cubic miles of ash and debris rained devastation on the islands, killing crops and vegetation and sulphur dioxide was released into the stratosphere.

It was late May in the following year when an article about the destruction in Tomboro appeared in the Taunton Courier in Somerset:

DREADFUL VOLCANO, A volcano broke out at the mountain of Tomboro, in the island of Sumbawa, near Java, in April 1815, the eruption of which was far the most violent that ever happened in the history of the world, far exceeding in the extent of its effects any of the eruptions of Vesuvius, Etna, or Hecla. There is undoubted testimony of its having been heard at Forts Marlborough and Pedang, on the island of Sumatra, near 1000 miles from the mountain. Ternate, 700 miles distant, the explosion resembled a firing at sea, so that vessel was ordered to chase in the direction the sound, to discover its cause. At Batavia, 600 miles off, the sashes of the windows were so shaken, that they required fastened. The quantity of ashes thrown out is almost incredible. At Baunioangie, a town in Java, 180 miles off, the whole country was covered to a depth of eight inches. At Macaffar, 220 miles distant leeward, the Company’s cruiser Benares had some part of her decks covered a foot thick with them. The quantities within a hundred miles of the volcano were most tremendous; covering up forests and towns, and filling deep vallies [sic] even the contour of the coast being altered by them. As they were lighter than water, they swam about the sea, resembling islands, so as to stop the progress of ships. The darkness produced by the vast quantity of dust in the air was highly terrific. At Macaffar on the 12th, and part of the 13th of April, it was pitch-dark, so that persons could not even see their hands in the middle of the day. The destruction to the unfortunate inhabitants in the vicinity of the mountains has been most dreadful. At Sangier, a town about 15 miles off, men, horses, cattle, houses, extensive forests, and whatever came in the way of whirlwind, occasioned by the eruption, were carried into the air, and never more heard of. Of all the inhabitants of the towns of Tomboro and Peccate, which amounted to 12,000 persons, only 26 remain, who fortunately had gone a journey to the at the time. A dreadful famine has been the consequence; all the corn, fruits, and animals near the spot have been destroyed; the springs covered up; and wherever water could found, it had become of noxious a quality, as to occasion immediate sickness to those who drank it. The cattle and horses a considerable distance, have died for want of food in melancholy numbers. Even the Rajah of Sangier, one the richest and most powerful natives of the district, lost a daughter from starvation; and the mortality would have been still greater, but from the humanity of the Lieutenant- Governor of Java, T. S. Raffles, Esq. who, on hearing the situation of the explosion, anticipated its dreadful consequences, and sent some vessels laden with rice to the wretched sufferers. 2Taunton Courier, and Western Advertiser – Thursday 23 May 1816Derby Mercury - Friday 15 March 1751

While the people in the areas near the Tambora eruption struggled for their very survival, the weather in England that summer of 1815 was favourable and grain crops were good. There were some accounts of mildew amongst the wheat in Kent and York and a blight had taken nearly half the hops but the corn ripened gradually and slowly and the beans came in plentifully. Turnips and clover were quite successful in the north although less well in the south where there had been a drought and in the same areas, cattle lacked water and pasture because of the dry weather. But overall, however the country rejoiced about the ‘real and fortunate characteristic of the now complete harvest of Great Britain and Ireland.’ 3Stamford Mercury – Friday 06 October 1815

But by the following year, with the dust and ash from the Tambora eruption swirling about the earth’s higher atmosphere, the world’s weather underwent a drastic change.

The frost and snow had begun in Britain early in November of 1815 and even the occasional warmer days were marked with deluges of rain and violent gales. Winter storms brought thunder and lightening despite the excessive cold and large hail fell.

Spring came very late in 1816, the weather cold and changeable, and much of the early sown wheat in England perished from the frost. The cold retarded the growth of spring grasses and the price of hay rose sharply with the increased demand. Clover and hay, so damaged by the incessant rains was fit only to be tilled under. In Wiltshire, the early lambing season fared poorly, with many ewes and lambs being lost as the inclement weather compromised the food supply. At the outset of July in north-eastern Scotland, snow, normally melted away before June, remained on the hills some five feet deep.

In America, buds on the fruit trees froze in May and in June the Eastern states were hit with a winter storm blanketing Vermont with ten inches of unseasonable snow. Ice an inch thick formed on ponds and lakes and icicles a foot long formed everywhere in the state. Tree leaves froze, withered and fell to the ground. In July, the ice came, coating New England, New York and eastern Pennsylvania with an eighth of an inch of ice and destroying emerging Indian corn crops. 4Berkeley Daily Gazette, 28 August 1934

In Devon, on the borders of Dartmoor, a violent storm arose on the evening of 5 July, uprooting trees. Not less than 400 sheep were destroyed by lightning in the area, with the residents agreeing that the storm was the ‘most terrific and awful visitation they ever remembered to have witnessed.’

In late July, a violent thunderstorm swept through Wath in York, England, releasing a deluge of water on the schoolfield. The water raced through the village, sweeping away everything in its path including several acres of turnips. Houses were inundated with water to a depth of six feet and it was a miracle that no one was killed.

At East Keal, the peas and beans in the garden of Mr. Parker, brickmaker, were literally torn up by the roots. It is supposed that the hail stones lay more than 18 inches deep.Royal Cornwall Gazette - Saturday 03 August 1816

October brought cold weather and rain to Europe and food shortages caused prices to double with crops that hadn’t completely failed yielding far less than normal. France was saved from total devastation only by a relatively good potato crop. The price of flour rose to $13 a barrel in New York City. Residents of Mexico City woke up to snow on 26 November, deep enough for sleighs.  5Berkeley Daily Gazette, 28 August 1934

It has been given us from the most authentic sources, that several parishes in the interior part of [Quebec] are already so far in want of provisions, as to create the most serious alarms among the inhabitants.Halifax Weekly Chronicle - December 1816

The spring of 1817, although still slightly colder than normal, brought more favourable weather to most areas and slowly, as the summer continued and crops ripened in the fields, confidence in the harvest rose. The icy winds and violent storms that had prevailed the year before receded as the sun broke through the atmosphere and warmed the earth.

Could There be Another Frozen Summer?

On what will be the two hundredth anniversary of the Summer That Never Was, meteorologists are seeing a very strong El Nino and forecast that it is likely to become even stronger by the time it peaks later this fall or winter. This El Nino is expected to continue into spring. Although the effects of a strong El Nino are hard to predict, in the past, strong events have temporarily disrupted weather patterns around the world, bringing more precipitation to some regions while producing drought elsewhere. Years with strong El Ninos have a tendency to be warmer than average, but with weather, there are no guarantees.

What about volcanoes like Mount Tambora then? Over the last few decades monitoring of volcanic activity has become more sophisticated however catastrophic geological events are not regular or even predictable. This documentary on the Yellowstone Super Volcano certainly gives us something to think about. Could it happen again?