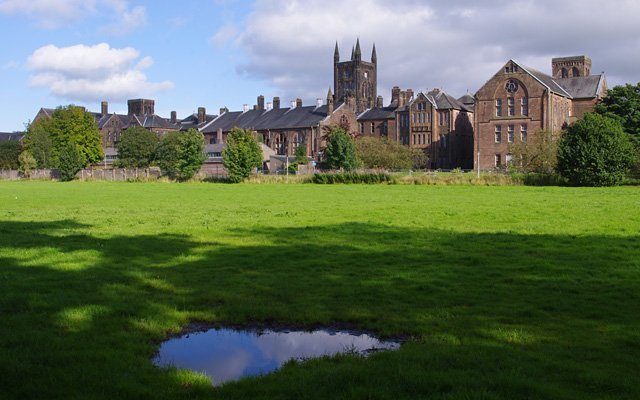 General Paresis of the Insane 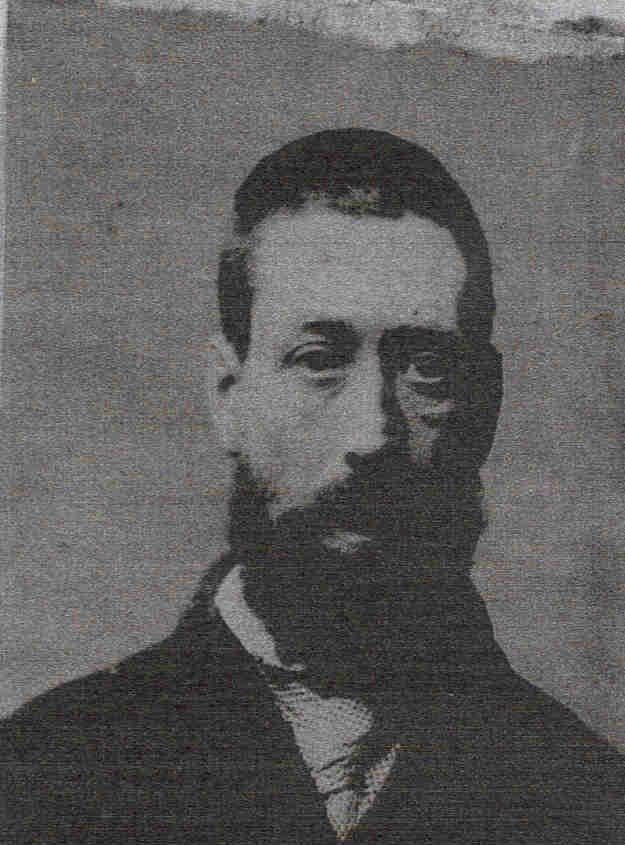 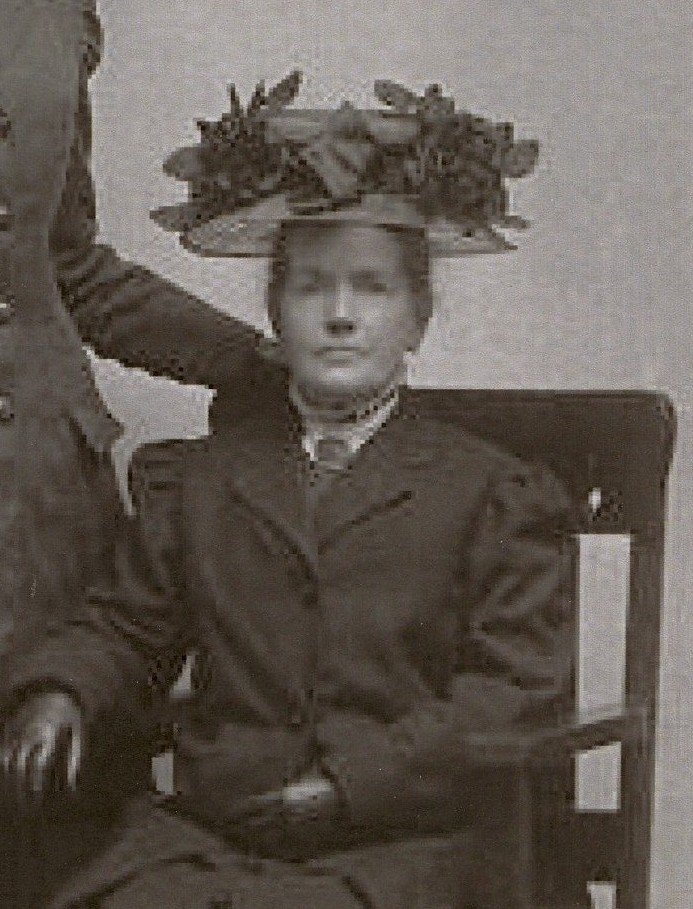 In April of 1881, the Taylor family lived at 9 Slater Street in Barrow-in-Furness, Lancashire. John David Taylor was 24 years old, a boilermaker by trade, and was probably employed by the Barrow Ship Building Company or one of the companies who supplied it. His wife Eliza was a little older at 29 years and their infant daughter Polly was only ten months old. Over the course of the next seven years, the young couple had three more daughters. Emily was born in October of 1881, Winifred in May of 1883 and Maud in June of 1887. They were by all accounts, an ordinary, middle-class family.

Sometime after 1887, for reasons unknown, John David Taylor left his wife Eliza and his four daughters in Barrow-in-Furness and fled to Blaenavon, Monmouthshire in Wales where he attempted to start his own contracting business. There he met a young woman by the name of Ellen Morse at the Coffee Tavern on Lion Street and they became involved. By the end of 1890, his business had failed and he was petitioned to appear in Tredegar Court to receive orders of bankruptcy on 16 December.

Perhaps fleeing creditors, John David left Wales with Ellen Morse and moved to East Cowes on the Isle of Wight where he found employment as a boilermaker. The couple had a son, William Henry, born on the Isle of Wight in 1892. From there, they fled to Devon where they had another son, Charles Albert, born in 1895. After Devon, they returned north to Newcastle, where they lived as man and wife until John David began acting strangely that fall of 1901. In his state of confusion, he left Ellen and the boys and returned to his wife Eliza and his family in Barrow-in-Furness.

Eliza was by then 49 years old. Her eldest daughter, Polly had recently married and, along with her husband and infant daughter, was living with her mother as were Emily, aged 19 and Maude, aged 13. Winifred at age 17 was living with Eliza’s sister, Elizabeth Helks and her family in Burnley, about 80 miles to the south. When he arrived in Barrow-in-Furness, John David Taylor was in a state of severe depression, delusional and ranting in a nonsensical way. Eliza, with some encouragement from Polly, took her estranged husband to the local workhouse where he was admitted on 28 October 1901. Upon admission to the workhouse, John David Taylor was found to be of unsound mind and was almost immediately transferred to the Lancaster County Asylum as patient 19728. He was forty-three years old.

Eliza and Polly accompanied John David to the asylum, bringing the medical certificate that had been prepared by Dr. John Settle, the Medical Officer of Health. As John was examined, Polly and Eliza provided the patient’s history. Polly told them:

Eliza was asked to fill in a form with what details she knew:

Please answer the following queries concerning John David Taylor as fully as you possibly can, and return as soon as completed to the Superintendent, County Asylum, Lancaster.  The information is necessary in order to direct the treatment of the patient to the best advantage.

1.  (question not legible)      yes.
2. What is his occupation?      Boilermaker
3. How many children has he had?       6
4. How many are alive?       4
5. Are they healthy?       yes
6. What is the age of the youngest?       14 last Birthday
7. What did the others die of?       1 convultions [sic], the other still born
8. Did any of his children ever have fits?      2
9. Were any of them weak in mind?       No
10. Was the patient industrious and regular in his habits?       Yes
11. Was he sober?       Yes
12. What was his previous disposition, and have you observed any change in that respect?       cheerful in his younger days but by his letters a great change they took a lot of studying to make anything out.
13. Was he odd or peculiar in his ways or habits?       Not to my knowledge
14. Was his father or mother or any of his father’s or mother’s people addicted to drink? If so, mention which?       both of sober character.
15. Did any of his father’s or mother’s people suffer from consumption?       No
16. Did any of this father’s or mother’s people suffer from heart disease, “strokes,” paralysis, or severe headaches?       His father suffered nearly all his life with headache.
17. Did the patient himself suffer from any of these complaints, or from any disease or infirmity?       Reumatics [sic] all his life
18. Has he been a healthy man?       Yes
19. Was his head ever seriously injured?       Yes he fell down the hold of a ship about 20 years ago
20. Has the patient ever been insane before? If so, how often?             No
21. When, and how long was he previously insane?
22. Were any of his people, his parents, or grandparents, uncles or aunts, great uncles or great aunts, cousins or brothers or sisters ever affected in mind, odd or peculiar in their ways?  If so, mention which, and whether on the father’s or mother’s side.      No
23. Were they only slightly affected, or were they sent to an Asylum?
24. Were any of them subject to lowness of spirits or to excitement?       No
25. Were any of them week in mind or imbecile or idiotic?       No
26. Did any of them dote in old age?       No
27. Did any relatives, his parents or grandparents, uncles or aunts, great uncles or great aunts, or cousins, or brother or sisters suffer from fits or epilepsy?       No
28. Has the patient ever had any fits or convulsive seizures?       No
29. What were the earliest symptoms of the present attack?       He was a bit absent minded
30. When were they first noticed?       about 3 or 4 months ago
31. Did he suffer from poverty, misfortune, grief, anxiety, family troubles, disappointment in love affairs, or unhappiness from any source?  Mention which, if any, and their nature?       A misfortune at his work sent him roaming about the country then he had troubles with his family
32. What do you think is the cause or causes of the patient’s present illness?       anxiety of mind
33. State anything further you can bearing on the patient’s illness and history.       While away he got into trouble with another woman which caused him to be seperated [sic] from his wife

Signed, Mrs E Taylor
Relationship to the Patient, if any Wife.

The following day, the doctor noted in the chart:

Patient is very melancholic and depressed. Is very deluded. Has visual and auditory hallucinations. Says that the woman he has lived with has been murdered and put into a sack. His body health is fairly good. The heart sounds are weak.John David Taylor medical file

Melancholic; is confused in mind and extremely incoherent in his speech; has such difficulty in expressing himself and in finding words for things that he seems almost aphasic; he can name articles shown to him however makes wild unintelligible statements about his wife having been murdered and he appears to labour under hallucinations both visual and auditory.John David Taylor medical file, 29 October 1901, 19738, County Asylum, Lancaster, Lancashire, England,Lancashire Record Office, Preston, Lancashire, England, QAM 1/31/3.

On 11 December 1901, Lancaster transferred John David Taylor to the City Asylum in Newcastle. For the next ten months, John David Taylor was treated in the Newcastle City Asylum. He remained depressed, melancholy and incoherent. His physical condition began to deteriorate until he could no longer take food or water.

On 30 October 1902, John David Taylor lost consciousness and died the following morning. He was forty-four years old at the time of his death. In his chart, James Thomas Callcott, MD, the Head Officer of the Asylum wrote:

It was the first time that his affliction was given a name. In the years following, whenever Eliza was asked about her husband, all she would say was “He was a bit of a disappointment, he was.”

General Paresis of the Insane

General paresis, also known as general paralysis, is a neuropsychiatric disorder of the brain that is caused by late-stage syphilis and has been much ignored by historians, despite its prevalence amongst the male population of the Victorian era. Although the disorder results from physiological causes, it was treated as a psychiatric disorder in the late nineteenth century since the patient usually presented with psychotic symptoms such as the melancholy, depression and hallucinations experienced by John David Taylor.

The onset of symptoms was frequently sudden and dramatic, caused by degeneration in the frontal and temporal lobar cortex of the brain that appeared from 10 to 30 years after a primary infection of syphilis. Abnormal mental function including hallucinations and false ideas (delusions), brief, sharp, “lightning” pains, decreased mental function, eye changes and abnormal pupil response, mood changes, overactive reflexes, personality and speech changes were commonly observed. 1US National Library of Medicine

The disease came to prominence in the early nineteenth century, first appearing in the mental hospitals of Paris and then in English Asylums. Originally, it was thought to be caused by a deficiency of character or constitution but by 1857, it was suggested that General Paresis was a progression of syphilis although debate amongst the medical community continued throughout the nineteenth century.

From an examination of all of the figures collected above from various sources, it would, perhaps, be fair to assume that about sixty to seventy per cent. of all cases of general paralysis have a syphilitic history…The fact is thus established beyond dispute that syphilis is a striking etiological factor in general paresis, but that thirty to forty per cent of the cases are syphilitic. It is therefore an important but not exclusive etiological factor.Wood, W. Medical Record, A Weekly Journal of Medicine and Surgery, New York, 1893

During the latter half of the nineteenth century, attitudes towards the mentally ill were slowly changing . In England and Wales, the Central Lunacy Commission was established under the Lunatics Act of 1845, and the Commission took control over Asylums, requiring them to be registered and regularly inspected. The Commission established the network of County Asylums, such as the Newcastle Asylum where John David Taylor was treated, and worked to ensure that mentally ill patients in prisons and workhouses were identified and admitted to Asylums where they could be cared for. And yet, for the patients who suffered from general paresis, there was little hope. By the 1880s, men suffering from general paresis accounted for 15% of the annual asylum admissions of male patients in England, and the disease was always fatal. Occasionally, anti-syphilitic treatments such as mercury and potassium iodide were given but seldom did any good, and for the most part, all that could be offered was good nursing care during the patient’s decline.

It wasn’t until 1913 when Hideyo Noguchi and J. W. Moore proved the relationship between general paresis and syphilis by demonstrating the presence of syphilitic spirochaetes 2a type of bacteria in the brains of the afflicted. Only a few years later, Julius Wagner-Jauregg, an Austrian physician who had been studying the effects of high fevers on mental diseases, discovered that general paresis patients infected with malaria with its prolonged and high fevers could be cured since the syphilitic spirochaetes were killed by the intense fever. Considered a very drastic treatment, the malaria therapy finally offered hope to those suffering from general paresis, and once the underlying disease was cured, the malaria could be subsequently treated with quinine. Wagner-Jauregg was awarded the Nobel Prize in 1927 for this discovery.

In 1928, the discovery of penicillin by Alexander Fleming finally gave the medical community a weapon to effectively cure syphilis and prevent the subsequent development of general paresis. Today, neurosyphilis is very rare. When it does occur, the infection can be cured with penicillin or other antibiotics preventing further nerve damage, although any damage that has already taken place cannot be reversed.