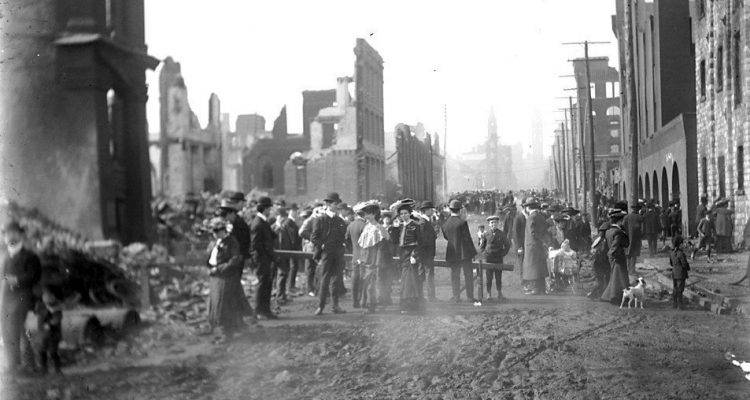 Just after eight o’clock on the evening of 9 April 1904, a policeman walking his beat in the cold and snowy Toronto night saw flames shooting from the roof of the Currie building at 58 Wellington Street, near Front and Church Street and called in the first alarm about the Great Toronto Fire.

The fire soon spread and soon the glow of it could be seen for miles. Firefighters came from as far away as Hamilton, Peterborough and even Buffalo, NY to help fight the fire, some of them arriving by train. In total, more than 250 firefighters battled the flames that night and five of them were injured including the fire chief John Thompson who fell and broke his leg. Not until the early hours of the next morning was the fire under control, although embers continued to smolder for weeks.

By the time the fire was out, over a hundred buildings were destroyed and damages were estimated at $10,350,000. Between 9.5 and 11 million litres of water were used putting it out and over 5000 people had lost their workplaces and their jobs. Later that week, men worked to make the area safe again and several damaged buildings were brought with dynamite as spectators looked on.

The exact cause of the fire cannot be determined because of the extent of the damage, however it was thought that the fire started in the Currie Neckwear Company building after a stove pipe became red hot. Some men were working overtime that night at the Currie building, trying to catch up on rush orders. When they finally prepared to depart for the evening, they noticed that the stove pipe was red hot but they just dampened it off before exiting the building.

In the aftermath, many changes to the building codes were enacted after a meeting between the Canadian Fire Underwriter’s Association and the Toronto Board of Underwriters that took place on the afternoon of Friday, April 22nd. Their suggestions included: 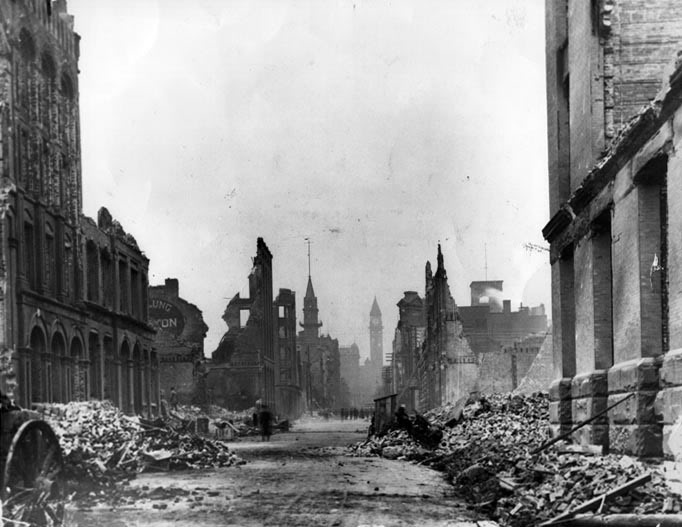 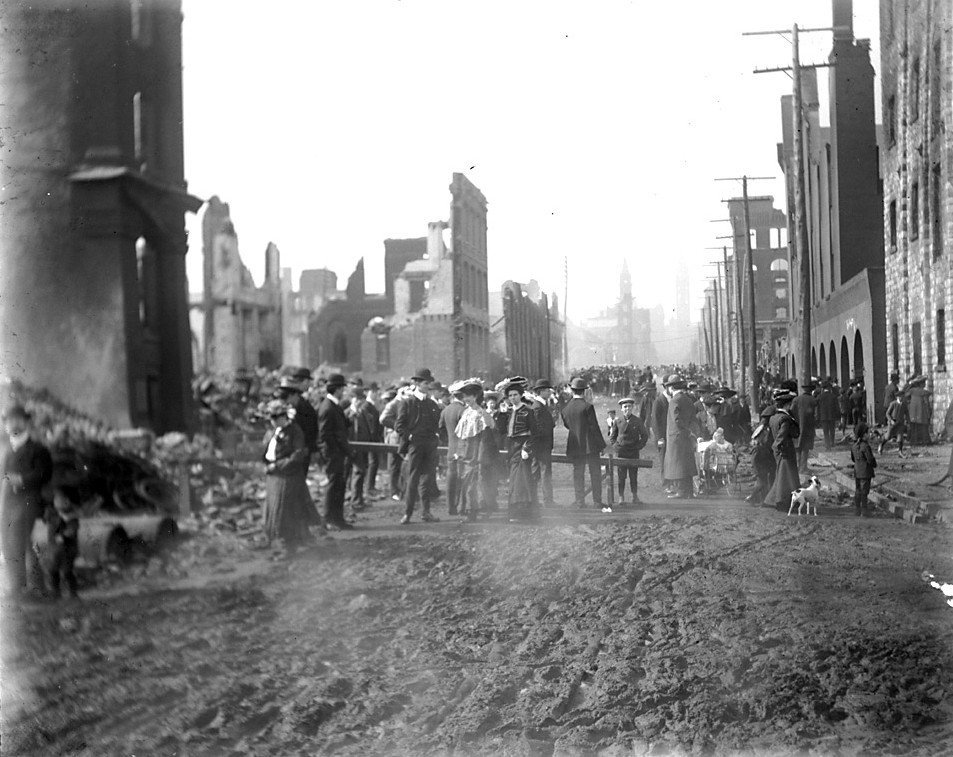 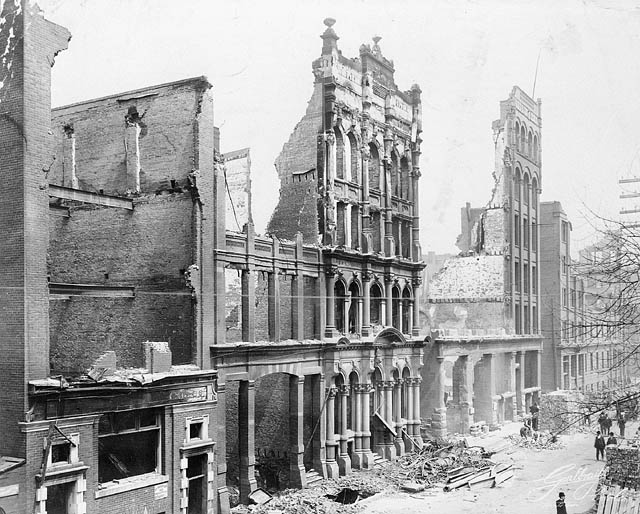 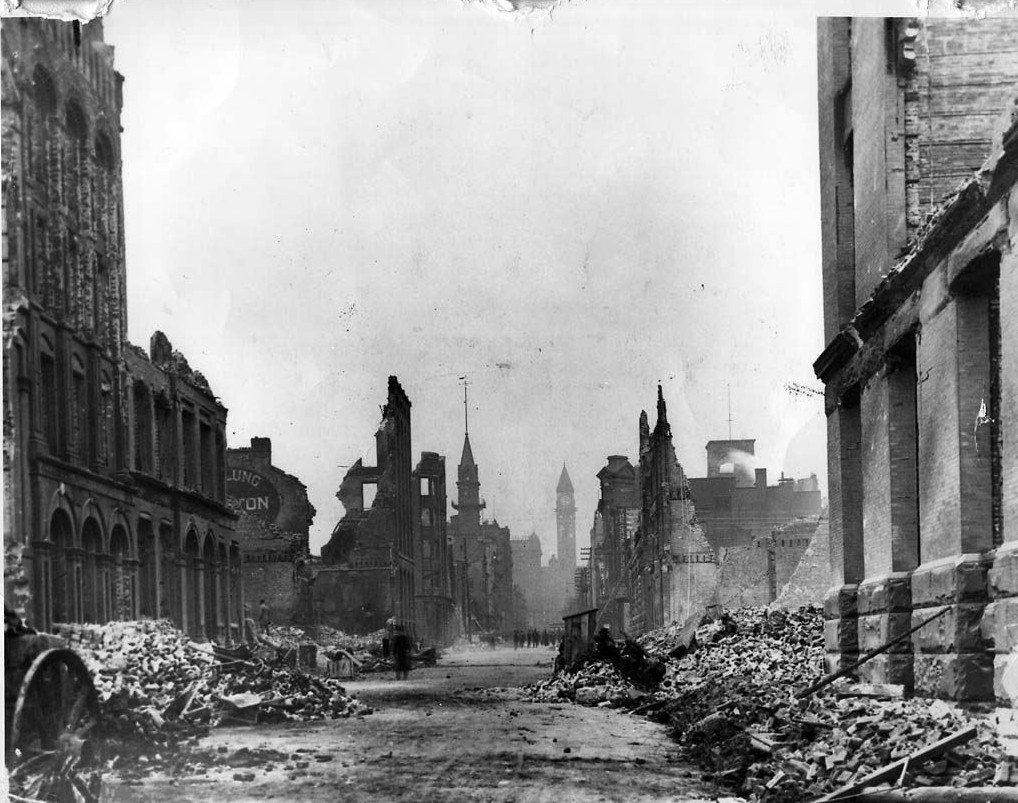 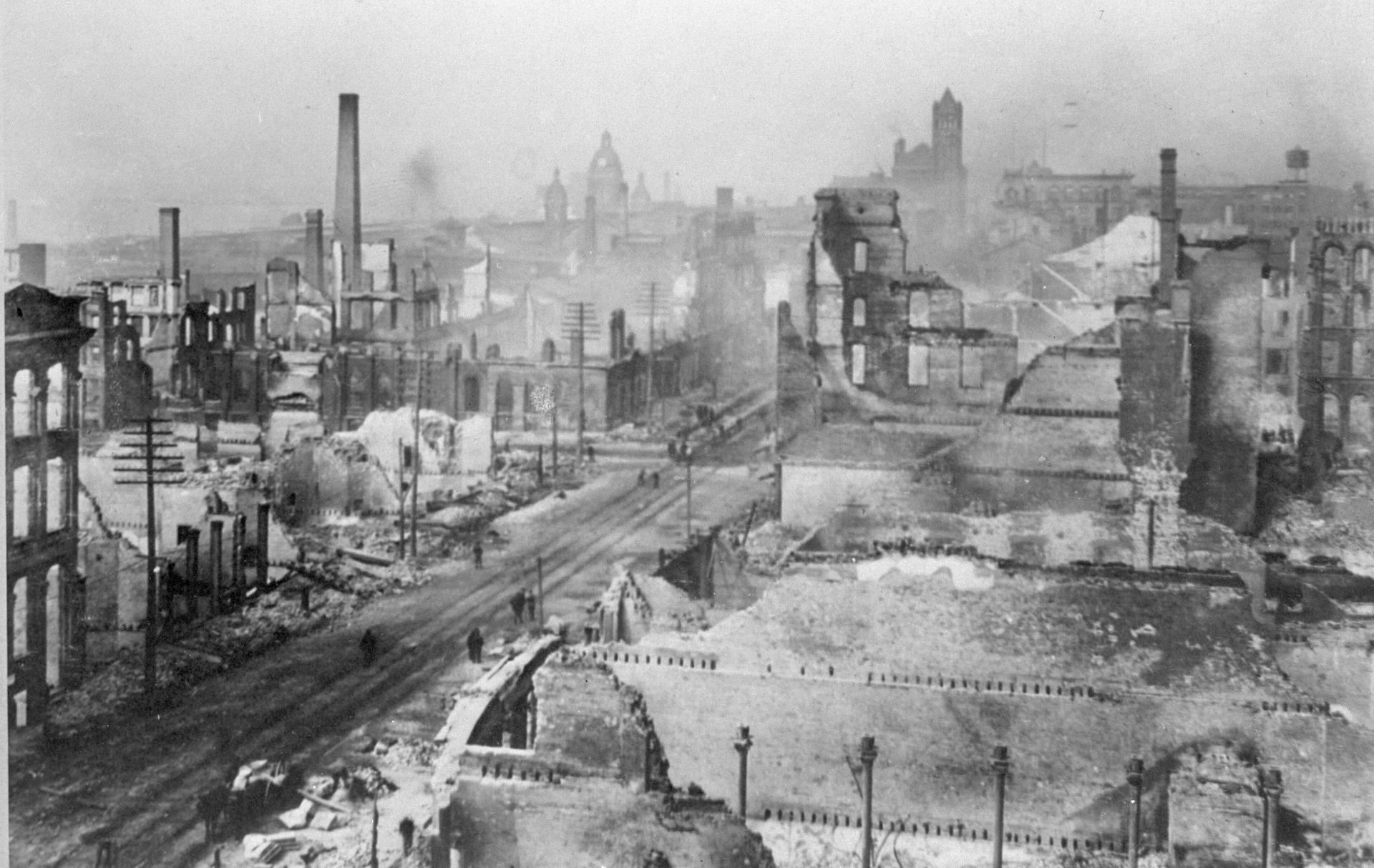 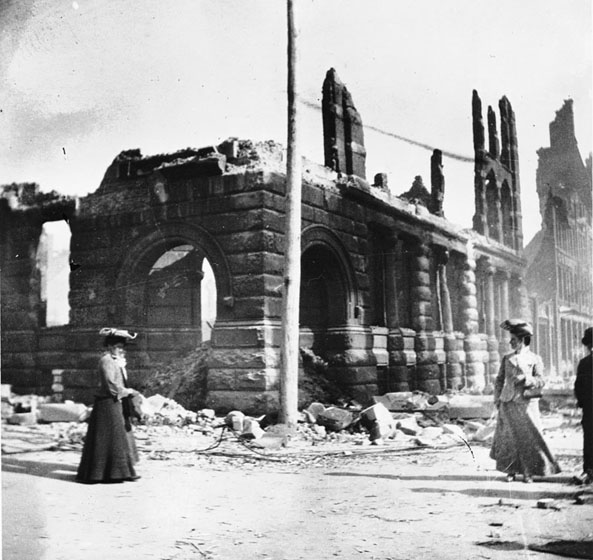 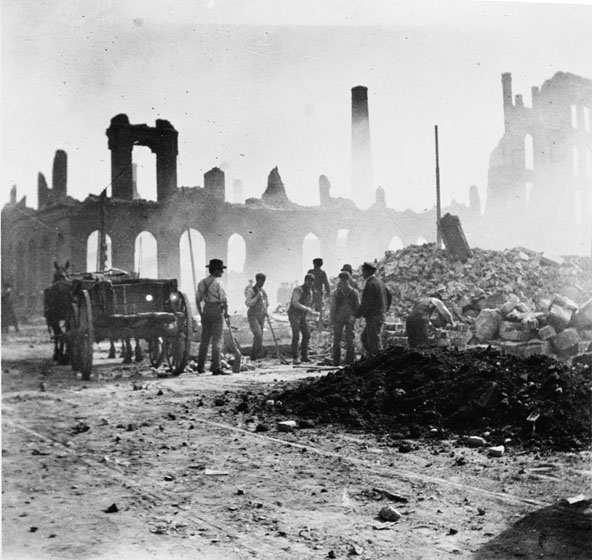 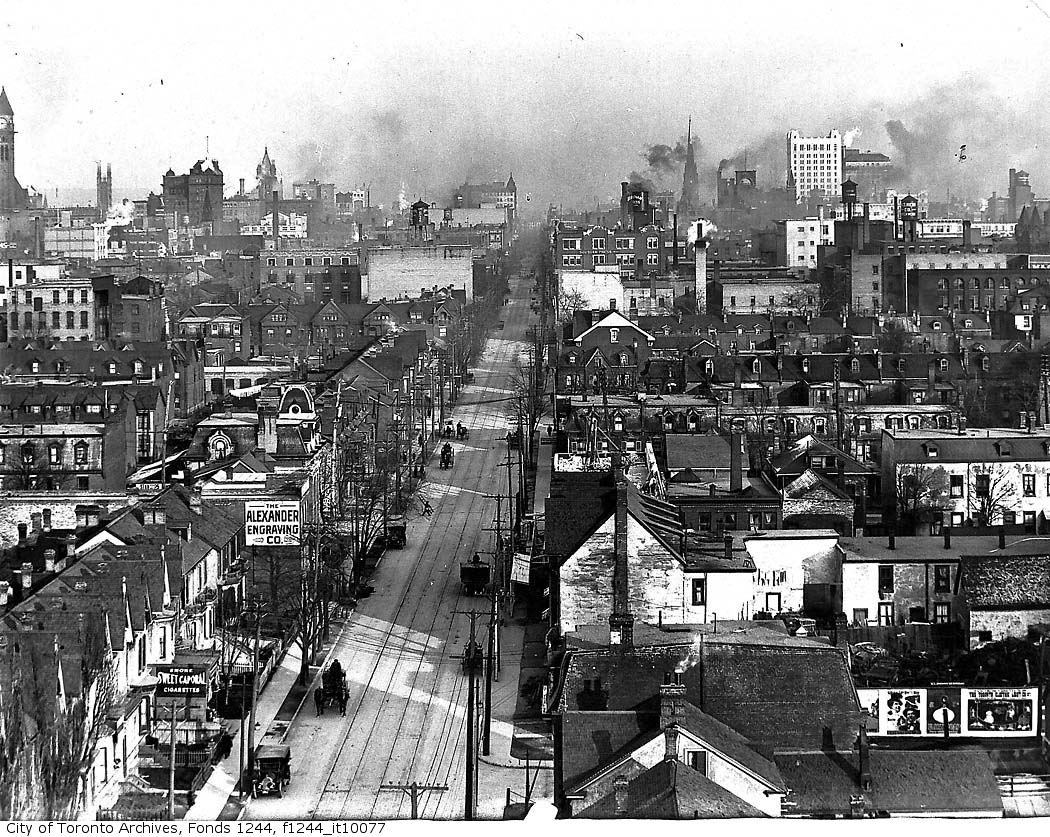 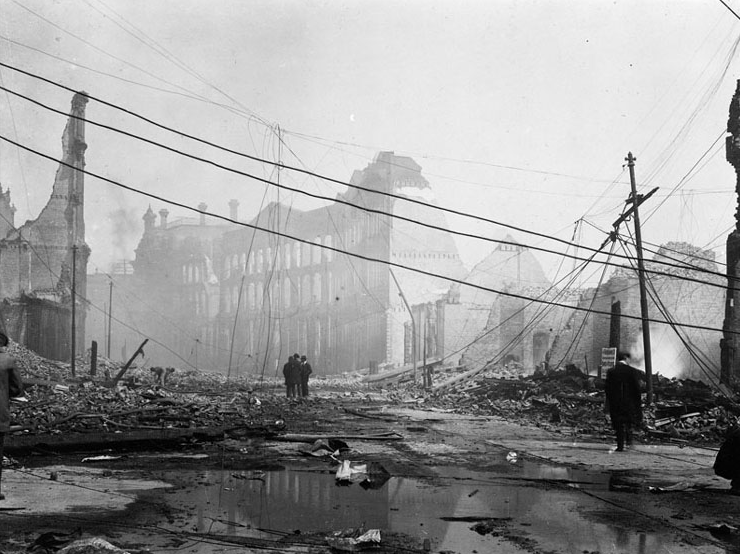