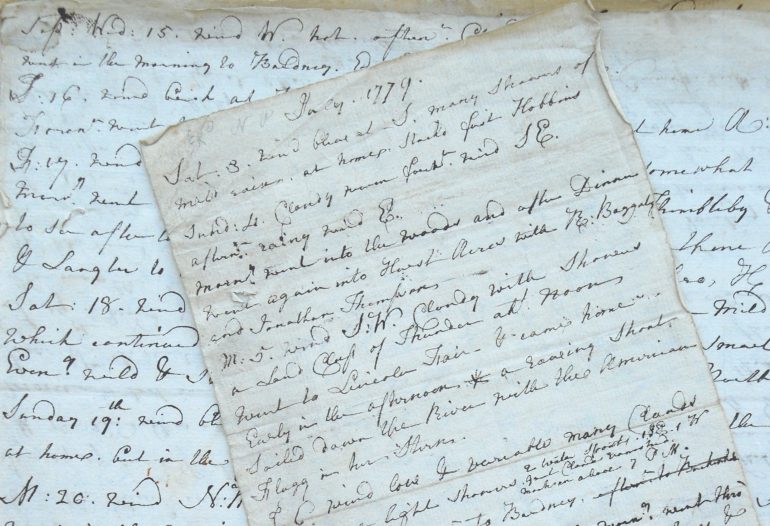 The Journals of Thomas Thistlewood

Thomas Thistlewood inherited £200 sterling on the death of his father Robert in 1727 when he was but six years old although the bulk of the Thistlewood estate was left to Thomas’ elder brother John. And so it was that when he became of age, Thomas Thistlewood made the decision to leave England , anxious to seek adventure and fortune.

In 1746, Thomas joined a voyage with the East India Company that lasted until 1748 and then afterwards went on a trading expedition to West Europe. After returning briefly to England, at the age of twenty-nine, he made the decision to go to Jamaica where he would remain for the next forty years.

In the early morning hours of Thursday, 1 February 1750, Thomas set off to board the Flamborough and prepared to sail for Savanna la Mar, Jamaica with letters of recommendation but no arranged employment. Throughout his time in Jamaica, Thistlewood would keep a diary detailing his years as an overseer and a property owner on the island.

On leaving England, he wrote:

…set out in the Gravesend tiltboat, got there about ½ past 9. For myself, and hammock, &c, boating, 1s. For boating aboard the Flamborough, 6d….Found my case broke open, my Arrack, Brazil rum and Lisbon wine gone. The looking-glass Mrs Gresham gave me, broke. Note, we are moored. Ready money 4 guineas, one ½ ditto, 3 shillings, sixpence and 5d of half pence = £14 18s 5d.

After a long and difficult voyage, Thomas Thistlewood arrived in Savanna la Mar on Friday, 4 May 1750.

For the first seventeen years in Jamaica, Thistlewood worked primarily as an overseer on the sugar plantation Egypt which was west of the town of Savanna la Mar in Westmoreland and owned by William Dorrill and then his son-in-law John Cope. While employed at Egypt, Thistlewood entered into a long-term relationship with a slave by the name of Phibbah, although he also engaged in many sexual encounters with other female slaves which he faithfully recorded in his journal. Whether all of the encounters were consensual, he does not indicate, but evidence would suggest that at least some of them were not.

One such slave, Sally, ran away repeatedly, presumably to avoid being intimate with her master but was found each time and returned to the plantation. She was punished and sometimes put in bilboes, an iron bar with sliding shackles at her ankles, but as soon as she was freed from the restraints, Sally ran again.

Flogged Lincoln for not bringing Sally Saturday evening, and Sally for running away, and news carrying.

And although Sally was eventually forced to submit to Thomas’ attentions, he often wrote afterwards about their encounters in Latin sed non nene or but not well. Even when Sally contracted venereal disease, Thistlewood continued to pursue her and it was commonly mentioned in his diary that he too suffered from bouts of the disease which he dosed with mercury.

Not contented with the role of overseer on a sugar plantation, from 1760, Thistlewood began preparing to buy a property of his own. Finally in 1767 he acquired 160 acres of property, called Brednut Island Pen, where he planned to raise livestock, vegetables and flowers. By that time, he personally owned some thirty slaves and a large part of his income was derived from hiring them out to neighbouring sugar plantations.

In his journals, Thistlewood recorded his daily life on his planation and revealed much about the lives of his slaves, their treatment and their condition.

He wrote about purchasing several slaves, remarking that he paid £112 for two men and £200 for one boy and three girls. The two men were named Will and Dick. Will was about twenty-five years old and stood 5 feet, 3-2/10 inches and Dick was about twenty-two years and taller at 5 feet, 7-3/10 inches. The boy and girls were Coobah, aged about fifteen, Sukey, aged about 14, Maria, aged about 15 and Pompey aged about sixteen. All were branded with Thistlewood’s mark, a double TT on their right shoulders.

Thistlewood was strict with his slaves, often flogging them for minor offences. On one occasion, he noted:

And on another occasion:

Flogged Fanny for fighting with Phoebe and twice after for her great impudence.

And yet, despite frequent mentions of flogging and other cruelties, on Christmas day Thomas treated his slaves to food and liquor:

Christmas Day. Served my Negroes 18 herrings each, likewise gave Lincoln, Dick and Abba each a bottle of run, Cudjoe and Solon a bottle between them, Caesar and Pompey ditto, Chub and Strap ditto, Fanny Damsel and Bess ditto. Rest of the women 2 bottles among them.

At another time when smallpox was prevalent, Thistlewood had a local doctor visit the planation and inoculate seventeen of his slaves against the disease. As often happened during the early days of smallpox vaccination, the smallpox ‘came out’ on many of the slaves and lasted a couple of weeks. Thistlewood had the doctor return several times until he was certain that they were all recovering from the pox.

Thistlewood died on his plantation and was buried in the parish church, Savanna la Mar, 1 December 1786. In his will, he made a provision for £80 to purchase Phibbah’s freedom from John Cope. If the manumission was secured, he further bequeathed to Phibbah his slave Bess, her son Sam and any future issue of the two and an additional £100 to purchase a property and build a house for Phibbah. The remainder of his estate was to be divided between his nephew William and his niece Mary, both children of his brother John.

Twenty years after Thistlewood’s death, Britain’s parliament would pass an act to abolish the slave trade, although it would be another twenty-six years after that before slavery itself was abolished in the British Empire.

The Abolition of the Slave Trade Act of 1807

The Abolition of the Slave Trade Act of 1807 was an Act of the Parliament of the United Kingdom and was finally passed into law on 25 March 1807. Many of the Bill’s supporters thought the Act would lead to the end of slavery, although it would be another twenty-six years before slave ownership would be abolished. But with the 1807 law in place, the Atlantic slave trade that supplied Britain’s colonies was stopped. The Royal Navy, which then controlled the world’s seas, established the West Africa Squadron in 1808 to patrol the coast of West Africa, and between 1808 and 1860 they seized approximately 1,600 slave ships and freed 150,000 Africans who were aboard. The Act created fines for captains who continued with the trade. These fines could be up to £100 per slave found on a ship. Captains would sometimes dump slaves overboard when they saw Navy ships coming in order to avoid these fines.

Abolitionists Campaign for the Abolition of Slavery

Notwithstanding those solemn denunciations, thousands of children are still annually born slaves within the British dominions, and upwards of 800000 of our fellow creatures (the victims of the Slave Trade, or descended from its victims), are still retained in the same state of brutal depression. They are still driven like cattle to their uncompensated toil by the impulse of the lash. They are still exposed to severe and arbitrary punishments. They are still bought and sold as merchandise. They are still denied the blessings of the marriage tie, and of the Christian Sabbath. And in a variety of other respects, they continue to be an oppressed and degraded race, without adequate participation in the civil privileges, or in the religious advantages, to which, as British subjects, they are unquestionably entitled.

The Slavery Abolition Act had it’s third reading in the House of Commons on 26 July 1833 and received Royal Assent on 28 August 1833. When the act came into effect on 1 August 1834, all slaves under the age of six in the British Colonies of the Bermuda Islands, the Bahama Islands, Jamaica, Honduras, the Virgin Islands, Antigua, Montserrat, Nevis, Saint Christopher’s, Dominica, Barbados, Grenada, Saint Vincent’s, Tobago, Saint Lucia, Trinidad, British Guinea, the Cape of Good Hope, and Mauritius were immediately freed.

Slaves over the age of six were designated apprentices for a period of four to six years until they would be completely free. Compensation for slave owners who would be losing their enslaved property funded by the British Government from a sum of £20 million Sterling set aside for the purpose.

In Miserable Slavery: Thomas Thistlewood in Jamaica 1750-1786 by Douglas Hall 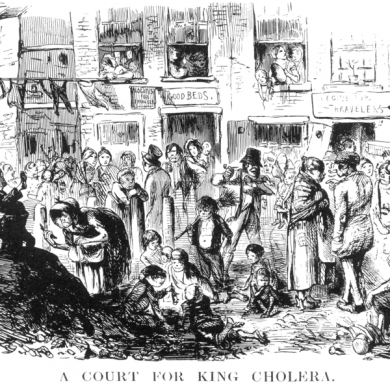 Death in the Time of Cholera