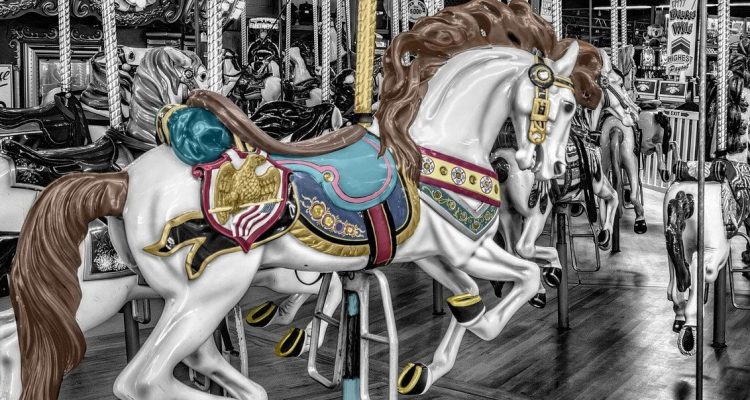 Over the generations, the ways in which our ancestors enjoyed their leisure hours slowly changed. Not only did the activities become less localized, but the activities themselves transformed over time. In earlier years, leisure activities were more community oriented but the changing landscape during the years of the industrial revolution led to activities being more often defined by class than by community.

Our ancestors enjoyed fairs, wakes and festivals celebrated for centuries at set times in the year. These were local events and they were enjoyed by both the gentry and the working classes alike. Amusements at these gatherings frequently included drinking to excess and blood sports such as bull-baiting and cock-throwing. But by the beginning of the eighteenth century, such blood sports had been banned, not so much because of the cruelty involved but more because the events constituted a public nuisance with the drink and violence that attended such occasions. At the same time, other entertainments, less prone to drunken abandon came into fashion.

As the fairs and festivals decreased in scale and popularity, new social outlets in the form of clubs took their place, usually divided by social class. The gentry formed members-only gentlemen’s clubs such as White’s and Brook’s and Boodle’s in London, and the club houses became a home away from home, somewhere that the members could relax with their peers. As time went on, increasing numbers of these clubs centred around member’s interests in politics, sport, art or travel. The Royal Society was an early organization, founded in 1660, and its members were physicians, philosophers and other men of science who met regularly to see demonstrations of the latest scientific advances.

At the same time, the other classes formed their own clubs with incredibly diverse purposes, depending on interests and occupation. One of these clubs, the Mechanic’s institute, was first established in Liverpool in 1823 to provide access to education and reading materials for the working class in the new technology of the Industrial age.

Another association, the Independent Order of Foresters, began as a Friendly Society, providing aid to their members who were ill while at the same time, helped other members of the community with their charitable work. Agricultural associations were formed by those with an interest in the land, with members calling on Parliament for changes to taxes and duties or simply to socialize over dinner. Associations ‘for the prosecution of felons’ were formed to assist their members in meeting the expense of prosecuting felons with somewhere over 1,000 such associations through England and Wales between 1750 and 1850, their members consisting of tradesmen, distributors or retailers or any business man who was vulnerable to theft. There were even Cooperation Societies who joined together to improve their purchasing power such as the Post Office Supply Association who banded together ‘to obtain goods on retail principles but at wholesale prices. No matter what interests, occupation or social class our ancestors subscribed to, it was likely that there was a club or association that they joined for the purpose of socializing with like-minded people.

The coming of the railways and ever decreasing fares made travel holidays affordable for the working class and seaside holidays came into vogue during the mid-nineteenth century. In 1850, Brighton’s popularity as a holiday destination seemed assured with 73,000 passengers arriving at the Brighton railway station in one week but in 1862, just over a decade later, 132,000 visitors arrived at the resort town in just one day.

The Industrial Revolution brought change, technology and innovation to our ancestors’ world and anything new or unusual would draw crowds. The public of the nineteenth century were willing to pay to view various exotic animals, animals who performed or curiousities such as Mrs. Bark, the Nottinghamshire Giantess.

Panoramas and dioramas were two of the innovations of the early nineteenth century that people flocked to see. Panoramas were made from large canvases of scenes from far off places, and large moving panoramas were frequently used in theatres as backdrops or to illustrate lectures such as Charles Dicken’s Mississippi series with the author narrated his journey as the panorama unfurled. The diorama was similar but offered different scenes printed on both the front and back of a canvas that were illuminated from either the front or the back, giving different views. Both panoramas and dioramas were often created for ‘breaking news events’ and audiences were invited to choose between the panoramas of Captain Ross’s Voyages, the burning of the Kent East Indiaman in the Bay of Biscay, the interior of the Citadel of Antwerp, the Destruction of the Houses of Parliament Fire or the Battle of Navarin.

But it was the opening of the Exhibition at the Crystal Palace that really fired up the public’s lust for the unusual. Attendance was estimated at more than 42,000 people each day with the highest attendance of over 109,000 recorded on 7 October 1862 during the World’s Fair as people arrived in London to attend both venues.

Fireworks became a popular attraction in the early nineteenth century as did travelling circuses. The working classes of the cities and towns enjoyed social evenings and concerts held in pubs and taverns often referred to as ‘free and easies’ for the men or ‘cock and hen clubs’ that also welcomed women. Admission was free and a night’s entertainment could be had for the price of a few drinks. For those with a little more money to spend, the theatre, long regulated by license, became more wide-spread in the nineteenth century and new local theatres were opened regularly. The advent of the railway not only brought more people came to London to go to the theatre but at the same time, it also afforded touring theatre groups an easier way to get around, bringing the theatre to those who couldn’t travel to London for it.

In the eighteenth century, music could only be found at the wakes, fairs, and festivals, generally scheduled to occur during assize and race weeks. But at the turn of the century, the idea of turning a piano on its side gave rise to the upright or cottage piano, bringing music into the homes of the more prosperous of the middle class. By the second half of the century, mass production and schemes offering the opportunity to purchase pianos over time, made owning a piano at least a possibility for most respectable families and by the early twentieth century the piano at home was commonplace.

As literacy and incomes rose, and at the same time mail service became reliable and affordable, newspapers and magazines began springing up everywhere. At the beginning of the eighteenth century, there were twelve London newspapers and by the early nineteenth century there were 52 newspapers in London but when stamp duty was abolished in 1855 at around the same time as the penny post was established, the newspaper industry grew even more rapidly. Magazines made their debut. The Penny Magazine (1832-1845), the first low priced, mass-circulation magazine led the way for other similar publications. In about 1790, Edmund Burke estimated there were about 80,000 readers however in 1832, 200,000 people purchased the Penny Magazine and it could be reasonably assumed that the total number of readers was around 1 million. Books in the eighteenth century were expensive and lucky was the family that could afford to buy one or two second hand but in the nineteenth century, local clubs like the Mechanic’s Institute began to develop libraries for the benefit of their members and subscription libraries became common in the larger towns.

Until the advent of mass production, children’s toys were very expensive to buy and even the wealthiest would only own a few. Few were the children whose parents provided them with elaborate toys. Dolls with wax or china faces would be the envy of any little girl while boys might covet a set of metal toy soldiers but most children had to make do with their imaginations. Children most often played games that did not require toys such as touch or tag, hide and seek or follow my leader while the more fortunate might have had a set of clay marbles or an India-rubber ball to play with. Buttons were sometimes a substitute for marbles, and more than one boy was probably in a great deal of trouble for cutting a button from his clothes, being told that he was ‘not worth a button’ by his mother.

Other toys might include wooden tops, with those made out of hardwood being the most expensive or a kite fashioned out of wood and paper. Boomerangs were brought back from Australia and quickly became a desirable toy for boys in England as was any other type of weapon such as the bow and arrow, the pea shooter and the slingshot. Little girls would have longed for a doll of any type but those with wax or china heads and eyes that opened and closed would have been seen as the ultimate joy, their cloth bodies stuffed with sawdust. Doll houses with miniature furniture, rugs and tiny accessories would have become cherished possessions.

Poor children would make do with dolls made out of rags or wadded pieces of cloth used as a ball if they had time to play at all. In fact, so foreign was the idea of play to the poor children of London that during the last decade of the nineteenth century, social reformers initiated play groups they called ‘Children’s Happy Evenings’ in London schools. Said one of the organisers:

Numbers of children have been taught to play, it does not come spontaneously to the little children of our city slums nor always to little English rustics.

Carry Coals to Newcastle (idiomatic) To do something that is unneeded or redundant.