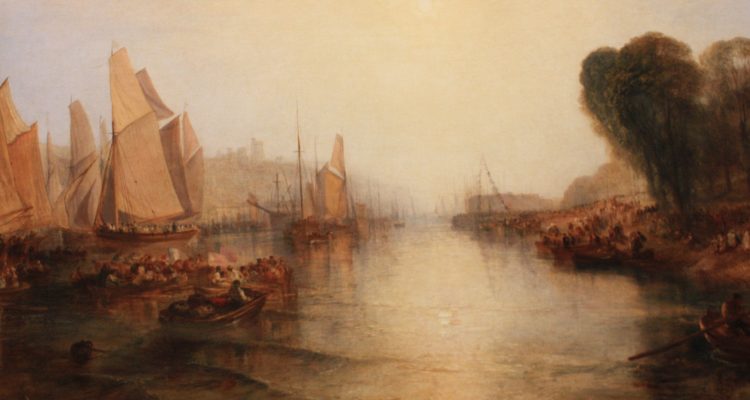 I have recently broken through a brick wall in my genealogical research and have found out what happened to my great-grand aunt, Laura Jane Williams. Join me in Part Three: James and Laura Mackie as I research the social history of the Mackie family on the Isle of Wight and beyond after the Anglo-Afghan and Anglo-Egyptian Wars.

On the morning of Monday, 30 October, 1882, the transport ship Caspian arrived in Portsmouth harbour with the first contingent of the Highlanders from Egypt aboard. The 250 men were greeted by a large crowd who had assembled on the quay to witness the the arrival of this, the first infantry battalion returning from the war. Since May of 1881, as part of the Childers Reforms of the British Army, the 72nd Highlanders, Duke of Albany’s own, had amalgamated with the 78th Highlanders, the Ross-shire Buffs and were now known as the Seaforth Highlanders and it was under this new name that the Highlanders had fought in the bloody battle of Tel el-Kebir in September, led by General Wolseley. The battle, which effectively ended the Anglo-Egyptian War, lasted only an hour. In the engagement, which was indeed more of a massacre than a battle, the British lost only 57 men but the Egyptian casualties numbered in the thousands. The Seaforth Highlanders were no doubt looking forward to their triumphant return home.

Color Sergeant David Douglas Mackie arrived back in Portsmouth at noon on Wednesday, 1 November aboard the troopship Olympus, two days late after encountering gales on route. There was an anxious moment as the vessel came into harbour listing strongly to port. The wind caught the Olympus on the starboard side and began pushing her into the harbour, with a heading that would take her into the Assistance, the hulks Hannibal and Bellerophon, and the Tower Hill transport. Quick action on the part of the Government tugboats narrowly averted disaster and the Olympus was brought safely into the jetty.

Over at Cowes on the Isle of Wight, preparations had been underway from an early hour for the festivities to welcome home the troops. The town was festooned with gay bunting, evergreens and banners from one end to the other and crowds of people thronged the streets. Just opposite the Town Hall, an triumphal arch was erected, with a banner that read

Welcome to the Seaforth Highlanders, heroes of Afghanistan and Egypt

The Seaforth Highlanders boarded the steamship Sprightly in Portsmouth for the journey across the Solent and just before two o’clock in the afternoon they entered the harbour at Cowes. The sound of ‘See the Conquering Hero Comes’ filled the air as the Volunteer band began to play. The bystanders crowding the pier began to cheer and wave and the men on the Sprightly waved back as the pipers took up the melody of Home Sweet Home.

After the Sprightly docked at the Medina Wharf, the Highlanders marched to the Town Hall where they were welcomed by the town officials. The festivities over, they paraded the three and a half miles through the High-street, Bath-road, across the Parade, up Castle Hill, Union-road, Granville and Victoria-roads onto Newport-road until they reached the Parkhurst Garrison.

The Seaforth Highlanders were home.

Weary from his years abroad, David made arrangements to transfer to the Isle of Wight Rifle Volunteers for duty on the permanent staff and his orders came through on 27 December 1882, just a few days before his marriage. His rank was first-class Sergeant Instructor and he was posted to the Cowes detachment with the regiment number 13.

David and Emily settled down to raise their family.

On 24 November 1885, just a few months after his fourteenth birthday, James Douglas Mackie enlisted for a twelve year term with the Army at Parkhurst, signing his attestation papers with a neat hand. He was not quite five feet tall and tipped the scales at only 90 pounds. His father, Staff Sergeant David Mackie, was credited with bringing him to the army and would have received the customary five shilling reward. James was to be attached to the 2nd battalion of the Argyll and Sutherland Highlanders, currently stationed at Parkhurst at a strength of 580 men.

PARKHURST. _ Faulty Bayonets.—The Government officials who have been testing the bayonets of the English Army have just paid a visit to Parkhurst Barracks, and subjected the arms of the Argyll and Sutherland Highlanders to the usual test. The result is that as many as 162 bayonets have been condemned. Of these, 47 were broken under the test; 68 were pronounced soft, and 47 were found to have small and worn points. The test has been the subject of much chaff among the Highlanders, who ask if even a Government viewer would like stand up against charge with one the soft weapons.


THE COURT. — OSBORNE, FEB. 11. The Queen drove out yesterday afternoon with Princess Beatrice and Lady Churchill. Earl Sydney had the honour of dining with the Queen and Royal Family. Her Majesty, accompanied by Prince and. Princess Henry of Battenberg, and attended by Lady Churchill, drove towards Newport and met the 2nd Battalion of the Princess Louise’s (Argyll and Sutherland) Highlanders, under the command of Colonel A. C. Nightingale. The battalion marched past the Queen, and then passed through the grounds of Osborne, where the Royal party again saw the Highlanders on their march home to Parkhurst.

On 17 February 1886, it was announced that the 2nd battalion of the Argyll and Sutherland Highlanders would withdraw from Parkhurst and move to Ireland and finally in late August, they left the Albany barracks at Parkhurst to make way for the 1st Battalion of the King’s Royal Rifle Corps who were arriving to take their place. The Highlanders left Portsmouth aboard the troopship Assistance on Tuesday, 24 August 1886, bound for Queenstown and ultimately Kinsale. James had just celebrated his fifteenth birthday.

Meanwhile, back home on the Isle of Wight, David Douglas Mackie, Sergeant Instructor of the Isle of Wight Rifle Volunteers, applied for his discharge from the army after almost twenty-two years of service on 3 December 1888. After receiving his papers, David returned to his home town of Pittenweem, a fishing village in Fife, Scotland, taking with him his wife Emily, and the children from their marriage including David, aged four, Douglas, aged three, and young Charles who was just an infant.

The Mackie family attempted to start a green grocery business in the small Scottish town, but were unsuccessful and by about 1889, they returned to the Isle of Wight, soon after the birth of their daughter Mary. David requested and was welcomed back to his role as the Sergeant Instructor of the Volunteers, on 18 January 1890.

The 2nd Battalion of the Argyll and Sutherland Highlanders remained in Cork until 12 February 1890, when they were ordered to depart for Aldershot. The Highlanders boarded the HMS Assistance at eleven o’clock in Kingstown bound for Portsmouth, arriving at Aldershot on 15 February with a strength of 11 officers, 597 non-commissioned officers and men, 82 women and 51 children. One of the non-commissioned men was James Douglas Mackie, who had been promoted to a Lance Corporal just prior to their departure from Ireland. James was now second in command of his section.

Orders to India and Marriage

In early February, 1891, it was announced that the Argyll and Sutherland Highlanders were to go to India in the next Indian trooping season, and soon afterward, James was again promoted. On 7 April 1891 he became a Corporal, now first in charge of his section.

Later that year, when granted furlough 2furloughs were granted to soldiers of good character and were generally one month in duration, Corporal James Mackie journeyed to the Isle of Wight to stay with his father at 21 Prince Street in Ryde. While visiting, he met a young woman by the name of Laura Williams, the daughter of Ryde gardener George Williams and his wife Harriet. After a brief romance, and seemingly against the wishes of his father, James Douglas Mackie married Laura Dorothy Williams on 1 November 1891 at the Register Office, 3WO 97 – Chelsea Pensioners British Army service records 1760-1913, “WO 97 – Chelsea Pensioners British Army service records 1760-1913,” database, Find my Past (http://www.findmypast.co.uk: downloaded images 13 August 2016), Service record James Mackie Argyll and Sutherland Highlanders (Princess Louise’s) – 91st & 93rd Foot. with the intent to take her to India. 4A soldier must not marry without first obtaining his commanding officer’s written sanction, otherwise he can never have any claim to be borne on the married establishment of his corps., A large proportion of staff and regimental sergeants is allowed on the married roll, also 4 percent of the trumpeters, drummers, and rank and file who have completed seven years service and are in possession of at least one good conduct badge. When a regiment goes to India the proportion of married men permitted to embark is increased.

On Thursday, 26 November, 1891, the troopship Malabar, under the command of Captain Jones, sailed for Kurrachee, India with the 2nd Battalion Argyll and Sutherland Highlanders aboard, and a total passenger count of over 1200 souls.

The Malabar arrived in India on 25 November and the married women were sent on ahead to the hill station in Ambala. When James arrived a few days later, he found to his dismay that Laura had been taken in front of the commanding officer, charged with misconduct. Although the commanding officer told James that Laura had been conducting herself in an inappropriate manner with another man, there was insufficient proof of the matter. Laura was sternly warned that should it happen again, she would be sent home, and she promised James that her behaviour would improve.

It was around this time however, as James got to know his new wife, that he discovered that she was given to drinking to excess and that the four-year-old girl Florence who lived with her parents and who he had taken to be Laura’s sister, was actually her illegitimate daughter. When Laura fell pregnant in early 1892, James hoped that having a baby would settle his wife.

In February of 1892, the 2nd Battalion was joined by a draft of 400 men from the 1st Battalion Argyll and Sutherland Highlanders and in March the troops marched to Dagshai. There they found a prevalence of enteric fever and by September, some twelve or fourteen of their number fell to the disease, and many others were ill.

I have been all the stations above-named, and from my own experience I should say that people would be mere inclined to suffer there from fever than on the plains. For short time in the spring and in the beginning summer it is pleasant enough, but when the rains commence it very close and damp, and it never feels as ii your clothes were dry, It is necessary to keep fires in the bungalows to prevent mildew, and everybody is encouraged to take small doses of quinine ward off attacks of fever.

Coming Next: Shocking Suicide, James Re-enlists, Tochi Valley and Struck off the Strength.

Brick Wall Busting
As some of you might know, I’ve been searching for my great-aunt Laura Williams for a VERY long time. A couple of weeks ago, early on a Saturday morning, I received a comment on one of my blog posts about Laura. The first words were: “I can help. Laura is my great-great-grandmother…” My research over the last few weeks has taken me from the Isle of Wight to India, to Egypt, to Scotland, and to Ireland and back to the Isle of Wight. Laura’s story involves the British army, a decorated war hero, arrest, a trial and a conviction. It touches on prostitution, an unfit mother, adoption, suicide and a Scottish divorce. Join me as I uncover the details of James and Laura Mackie’s story.