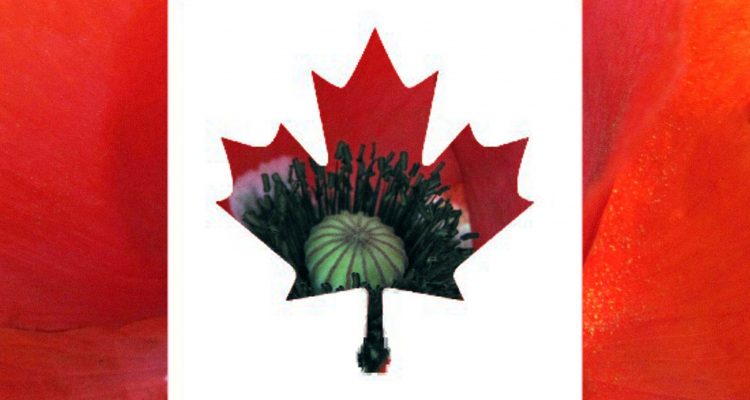 The Juice of the Poppy

In the mid-nineteenth century, although officially part of British North America, British Columbia was a wilderness territory, effectively run by the Hudson’s Bay Company who controlled the fur trade throughout the Pacific North-west. The area was largely unsettled and the sparse population was made up primarily of aboriginal people, and a few hundred British settlers and trappers. But early in 1858, within a few months of the discovery of gold in the Frazer River Valley, hopeful prospectors began to flood into the area, swelling the population of the colony to twenty or thirty thousand, many arriving directly from the California gold fields. By the following summer, the population of Victoria on Vancouver Island was about three thousand and it continued to grow, fueled mostly by immigration from California.

One of the first Chinese merchants in Victoria, Chong Lee arrived from San Francisco in the spring of 1858. He established the Kwong Lee Company on Cormorant Street, supplying Chinese gold seekers with a complete range of food and goods. By 1862, the Kwong Lee Company was second to only the Hudson’s Bay Company in the city and had branches in many of the gold-mining towns of the colony. And in much the same way as Kwong Lee had brought rice, chopsticks and joss paper to British Columbia, it also brought opium.

Ironically, opium had come to China in the early nineteenth century, when the British began to auction opium grown on poppy plantations in India by the East India Company to independent traders in the Chinese port of Canton. During the seventeenth and eighteenth centuries, Britain’s demand for silk, fine porcelain and tea from China had resulted in large outlays of British silver since, largely self-sufficient, China needed nothing from the West in return. But as Chinese demand for opium grew, the outflow of British silver was finally reversed.

At the beginning of the nineteenth century, only about 200 chests of opium were imported into China, but by 1820, as many as 17,000 chests of opium were imported as opium addiction spread amongst the Chinese. In 1839, in an attempt to shut down the growing opium trade, the Emperor of the Qing Dynasty ordered that £3 million of opium stock in Canton be seized and destroyed and he then closed the port to all foreign traders. In response, the British retaliated, attacking the Chinese with their superior navy, beginning what became known as the first opium war. A second opium war followed in 1856 and in the aftermath of the wars, Hong Kong was ceded to the British and in 1860, China signed a treaty legalising opium trade, setting the stage for the introduction of opium to British North America.
From Hong Kong to Victoria

Once opium became legal in China, it was rapidly established as a trading commodity and as well as importing it, the Chinese began exporting both raw and refined opium from the now British colony of Hong Kong into the port of Victoria in British Columbia. Of the population of Vancouver Island, by then about 4,460 residents, over a third of them were Chinese, newly arrived from California. The local newspapers predicted “Chinese are expected in droves” and indeed that spring, the first ships with Chinese immigrants arrived in Victoria, creating the market for opium imported from Hong Kong.
Situated in the Victoria Chinatown neighbourhood referred to as the Forbidden City, the Kwong Lee Company’s opium factory in Fan Tan Alley was soon in competition with several other opium importers. By 1884 there were six factories in Victoria and by 1887, the number of opium factories in Victoria had grown to thirteen and still the demand for opium in Canada increased.

Throughout the late nineteenth century, opium use spread from Victoria eastwards across the newly formed Dominion of Canada over the equally new Canadian Pacific Railway. In 1875, a report on the use and abuse of opium appeared in the Toronto based Globe and Mail newspaper and stated that a total of 400,000 pounds of opium had been imported the previous year, indicating that as many as 100,000 opium addicts were being supplied. Although the newspapers focused on opium addiction amongst the Chinese immigrants, the number of addicts was far more than the persons of Chinese descent recorded in the 1881 census. It was clear that Canadians of many ethnicities were becoming addicted to the drug all across the country.

In the 1890s, the Lakehurst Sanatorium in Oakville, Ontario published a leaflet entitled ‘A Popular Treatise on Drunkenness and the Opium Habit and their Successful Treatment’ to promote their revolutionary new cure of Double Chloride of Gold. According to the leaflet, Opium or Morphine use had ‘grown to a fearful extent during the past few years’ and its victims were to be found ‘in every city, village and hamlet.’ Many with the opium habit were said to have become addicted after taking the drug to relieve pain and subsequently finding themselves unable to give it up. In sanitariums and treatment centres like Lakehurst, opium addicts lined up for a series of four daily injections over the course of three weeks of the Double Chloride of Gold cure, the contents of which were secret and a 95% cure rate was claimed. Eventually the treatment was exposed as a hoax and by 1905 the secret formula was revealed and shown to actually include morphine, cocaine, alcohol and cannabis.

When the Deputy Minister of Labour, William Lyon Mackenzie King, came to Vancouver in 1908, he found thriving opium factories and contrary to prevalent public opinion, he found many whites consuming the drug in great quantities as well as the Chinese. Government intervention was required and King wrote a report titled ‘The Need for the Suppression of the Opium Traffic in Canada’. Less than a month later, Bill 205 was passed through the House of Commons with little debate and given Royal Assent on July 20, 1908. The Act prohibited importation of opium without authorization from the Minister of Customs and the manufacture, sale or possession of opium for the purpose of selling it was prohibited in Canada and the opium factories of Victoria were finally shut down.

In 1901, there were 17,312 Chinese in Canada according to the census taken that March. Forty-eight year old Cheong Lee was one of them, an opium merchant working for Tai Yuen & Company of Cormorant Street, one of the three most prominent opium manufacturers in Victoria City, British Columbia. Born in China in 1852, Cheong Lee arrived in Canada in 1879, and could read, write and speak English. His young wife, Seta Sue, was only twenty-five years old. She too had been born in China and had arrived in Canada at the age of eighteen in 1894. Although she could read and write, like most Chinese women in Victoria’s Forbidden City, she spoke no English. The two Lee children had both been born in British Columbia. The oldest, their son Shick Shew was seven and their youngest was their daughter Gum Jee, who was only four.

Living with the Lee family were thirteen others, all of Chinese nationality. Some, like thirteen year old Gook Chu, were domestic servants and others were employees of the Tai Yuen & Co. opium factory. Forty-seven year old Woy Lee, who had arrived in Canada in 1874 was, like Cheong Lee, an opium merchant and possibly a relation of the head of the household. Twenty-three year old Mun Sye Lee was most likely Woy’s wife and had been in Canada only four years. Their son, Juck Shuen Lee was an infant, only two months old and, like the children of Cheong and Seta Sue, he had been born in British Columbia. Six other men, employees of Tai Yuen & Company’s opium business between the ages of twenty-two and thirty-four were opium boilers, cooks and packers. All bearing the Lee surname, they had arrived in Canada during the previous decade. Whether this Lee family was related to the founder of Kwong Lee Company is not known but seems likely.

Opium gum, extracted from the pods of poppies by a process known as tapping, arrived dried, wrapped and packaged from Asia. To prepare it for smoking, the raw opium was boiled in an open pot so that the opium alkaloids would dissolve, leaving behind the impurities such as soil, twigs and leaves. The liquid opium was then strained and then heated slowly to drive off the water, leaving behind a thick dark brown paste which was packaged, ready for sale.

Legal opium importation in British Columbia hit its peak in 1891 when duties of over $146,000 were collected and by 1901, it was still a profitable trade to be in, with some clandestine shipments bypassing the tariffs. While some of the processed opium was sold throughout Canada, much of it was smuggled across the border for sale in the United States where higher prices could be had.

When Cheong Lee arrived in Canada in 1879, far from being welcome in his new country, he found that he was not allowed to vote in municipal elections, nor be employed in municipal work. The British and European settlers of British Columbia found the ways and habits of the Chinese disturbingly different from their own and several attempts were made to limit the number of Chinese coming into Canada. In 1885, a $50 tax was imposed on any Chinese immigrant arriving in Canada and in 1900, this head tax had been raised to $100 and would climb to $500 two years later. But despite that, the Tai Yuen & Company opium factory was one of almost two hundred Chinese businesses operating in the six sprawling blocks of Victoria’s Chinatown and the Chinese population of the city was over three thousand. In 1901, the employees of Tai Yuen & Company had no way of knowing that the thriving opium market would be shut down by the Canadian government in less than ten years.

Smokers while asleep are like corpses, lean and haggard as demons. Opium-smoking throws whole families into ruin, dissipates every kind of property, and ruins man himself. The youth who smoke shorten their days; those in middle life hasten the termination of their years. It wastes the flesh and blood until the skin hangs down in bags and their bones are as naked as billets of wood. When the smoker has pawned everything in his possession, he will pawn his wife and sell his daughters.~From ‘The Land and the People of China’ by J. Thomson, F.R.G.S.