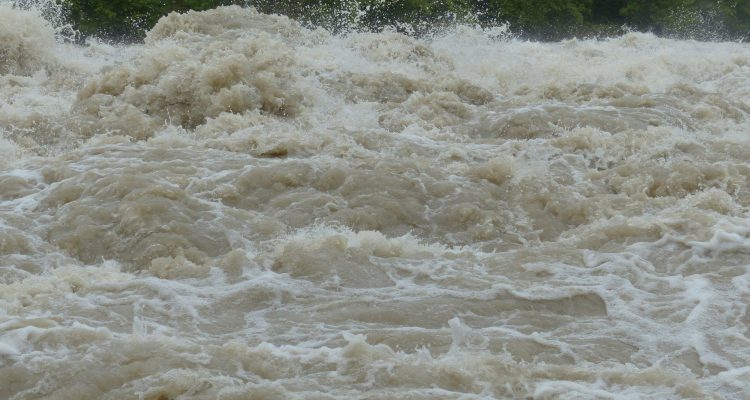 On 11 March 1864, just before midnight, the Dale Dyke Dam collapsed and a great flood surged through parts of Sheffield in Yorkshire, causing extensive property damage and killing about 270 people. The affected area stretched from the dam, through the Loxley Valley, on through Malin Bridge and Hillsborough to the Sheffield town centre. The enquiry afterwards determined that the dam construction was defective and the resulting claims for damages formed one of the largest insurance payouts of the 19th century. There were approximately 7000 claims filed and almost £274,000 in damages was awarded.

One of the homes in the path of the flood belonged to John Harris. In claim #84, John Harris of Penistone Road, near St. Philips Road, file grinder, claimed that he suffered an “Injury to Head and Body whereby I have had to give up my Work that I had from Mr. Whittles File Manufacturer, Messrs. C. Gray & Co. & Messrs. Peace and Mr. Barnsley File Manufacturer – I calculate 27 Weeks at £5 per week up to the present time.” He further claimed that in consequence of the injury, he would be unfit to work ever again.

On Friday, February 10, 1865, almost a year after the Dam broke and the flood waters swept through Sheffield, Mr. Shepherd briefly presented the claim of £500 for bodily injury of John Harris. It was testified that John Harris had been lying asleep on his sofa when the flood waters entered the house. He said that he was woken by the noise, and that while getting up hastily, he had overturned the sofa which was partly floating. The sofa fell upon him and he received a blow to the back of his head. Mr. Lawton, a surgeon, testified that an abscess had formed on the back of John Harris’ head and that the abscess had absorbed that part of the skull and scalp and left a piece of the brain very thinly covered. As a result, partial paralysis had set in and would grow worse over time. Dr. J. C. Hall confirmed Mr. Lawson’s evidence. After a short deliberation, the Flood Commission awarded John Harris the full amount of the claim – £500.1The Sheffield & Rotherham Independent (Sheffield, England), Friday, February 10, 1865; pg. 3

Soon after John Harris was awarded this substantial amount for his horrible injury, a number of people came forward with information about the case and the Water Company applied for a new trial, on the grounds of perjury and fraud, and their application was granted. The new trial took place on 12 April 1865 and lasted more than eight hours.

After the courtroom had been cleared of all witnesses, John testified that on the night of the flood he had been sleeping on the sofa in the kitchen and had been awakened by the noise of the flood. The water burst into the room from both the front and the back and the force of it made sofa shake. He said that he tried to go upstairs but that the sofa, which was missing one of its castors, tipped over on top of him, struck him on the head and knocked him quite senseless. He had been in the water about six or seven minutes before his wife came down and helped him upstairs. When asked what position he had been in when his wife came to help him, he replied that he had been lying with his side-face in the water, with the sofa resting upon his head and shoulders. He insisted that he had not been treated for his head injury in any way but eight weeks or so after the flood, he had journeyed to the Isle of Man, hoping that the change in air might help him recover. On his return to Sheffield, being no better, he had consulted Mr. Lawton, a surgeon, who had been treating him for his injury ever since.

When asked about his health prior to the flood, he said that he had suffered from rheumatism about a year previous but that the pain it caused was mainly in his limbs although a little in his forehead. He stated adamantly that he had never been injured previously in the location of his current head injury. As a file grinder, he had broken several grindstones but that although he had been struck by the fragments and had suffered a cut to his chin, knocked out some teeth, and broke his nose, the back of his head had never been injured.

When pressed, Harris admitted that he had been injured about two years prior when he was coming from Buxton on the top of the coach. The driver had called out to beware of an overhanging tree bough but, not hearing the warning, Harris had been struck just below the right ear. The injury was not severe, he said, but that he had to have the hair on his head shaved off and had had leeches applied by a woman named Sylvester. When cross-examined, he repeated his story about the night of the flood. He maintained that he had told no one about his injury, not his neighbours or his married sons, but had kept it to himself until he saw the surgeon Mr. Lawton. He denied categorically that the accident that happened while he was on his way home from Buxton had caused an abscess at the same place as where he was now injured.

Mrs. Harris testified next and several times contradicted parts of John’s story. She told how she had bathed his head with water on the night of the flood and how she had twice treated the wound with turpentine and water prior to his trip to the Isle of Man. When cross-examined, she told how he had tied up his head whenever he went out during the time that he was being attended for rheumatism prior to the flood. She said that she had never mentioned her husband’s injury to anyone, not even her own children. “They kept it to themselves,” she said, “because it had once cost Harris a deal of money for telling his mind.”

Next, Henry Harris, John’s sixteen year old son, was examined. His account of the night of the flood was identical to that of his mother’s in almost every detail. However, when he was cross-examined, his account became confused and he contradicted himself several times. His younger brother, Albert, was next examined and contradicted his mother, his brother, and also reversed his own story several times.

A number of other witnesses were called to testify that John Harris had not suffered from an injury to his head before the flood but their testimony was discounted when it became clear that they were ignorant of any of the prior injuries and illnesses to which John had earlier admitted to.

Dr. Lawton, the surgeon, testified that he had attended Harris the previous August and that he had been suffering at the time from an abscess at the back of his head. He said that the bony covering of the brain had been absorbed, and membrane laid bare and that in his opinion, the injury could have been caused by a blow from the sofa as Harris had claimed.

Mr. Pickering, representing the Water Company, then called a number of witnesses to show that the accounts given by Harris and his witnesses could not be true.

Mr. Robert Gascoigne told that during the court adjournment for lunch, he had seen Mrs. Harris and her son Albert talking together in the Black Rock. It is presumed that they were comparing testimonies.

The doctor who had treated Harris for his rheumatism conceded that if there had been a previous injury to the head and rheumatism followed, that it might be the cause of the abscess under certain circumstances.

Charles Edge, the husband of Mrs. Harris’ daughter from her first marriage, testified that the injury that happened on the journey from Buxton in 1863 had been to the back of Harris’ head in the exact place where the abscess was now. He said that after the flood, he had stopped by the Harris house and that no mention had been made of a new injury.

Mr. Robert Marsden said that on the morning after the flood, Harris had told him “that after he had seen his wife and children safe, he came down to the works in Bridge street to look after his mule.”

Mrs. Charlotte Wainwright said that Harris had once told her that he had been injured on the head when a grindstone broke. She had seen a bump on his head, where the injury now was, long before the flood and that it was there when he returned from Buxton. She said that the day after the flood, she saw Harris, and that he told her that he was in bed all the time, and did not see the flood.

Mrs. Ann Sylvester, leech woman, stated that she had applied leeches to Harris’ head several times in the summer of 1863 and that the injury then was in the same place as where Harris was now suffering.

After several other witnesses gave similar testimony, Mr. Pickering summed up his case. He said that the original claim had been supported by the grossest and most wicked perjury. He also mentioned that the accident could not have happened the way Harris claimed, since, had he remained with his face in the water for six minutes, he would have drowned.

With only a short deliberation, the Chief Commissioner said:

We have listened to this case with very great anxiety and interest, because we were exceedingly anxious to have supported our former judgment if it would have been consistent with our duty to have done so. We had announced that we would only re-open cases where there was an allegation of fraud, and that being so we were exceedingly anxious to support our former judgment. However, we are drawn to the conclusion, in spite of ourselves, that a great fraud has been committed; and that the allegation as to the way in which this injury was sustained, so far from having been proved, is most certainly disproved upon Harris’s own statement, without taking into account the evidence for the Water Company. We therefore reverse our previous judgment, and the claim for compensation must be dismissed. 2The Sheffield & Rotherham Independent (Sheffield, England), Friday, February 10, 1865; pg. 3

Although John Harris’ claim for a head injury sustained during the flood was dismissed by the commission, no fraud or perjury charges were laid. When he died on 23 November 1866, his death certificate showed his cause of death was “Exfoliation of the bones of the head since the flood, Certified.”